The Development and Contributions of Religious NGOs in China 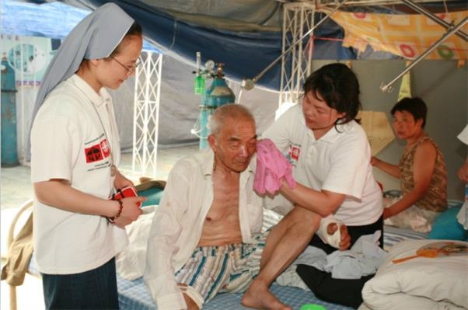 The policy of China from 1949 to 1979, prior to the open-door reforms, was to follow the Soviet Union’s model of a planned economy according to which the central government controls everything for all sectors, allowing no room for anyone or any organization to engage in social activities. During the Republican era (1911-1949), NGOs with diverse backgrounds had been actively engaged in social services, and the Chinese Communist Party even encouraged their development during the war against Japan and during China’s civil war. Studies show that as early as the ninth-century Tang dynasty, some guilds and cultural organizations existed in China, for example, professional associations, charitable associations, religious associations, academic organizations and foreign missionary-funded organizations.

However, after the founding of the “New China” in 1949, the Chinese Communist Party stopped, dissolved and banned most NGO activities and functions. Only a few NGOs that traditionally had a close relationship with the Party were allowed to function. Subsequently, Chinese NGOs lost their independent role and those still existing were brought under the authority of the United Front Department, a leading department of the Party. Hence there were no real NGOs from 1949 to 1979.

Aggiornamento of the Chinese Catholic Church

Story and Metaphor in ‘Querida Amazonia’

Asthma and Grace: An interview with Martin Scorsese

Rembrandt, the Artist in the Mirror of the Word

Dr. Massimo Faggioli
Professor of Historical Theology, Villanova…
La Civiltà Cattolica is an absolute must-read for all those who want to understand what happens in the thinking of…

laciviltacattolica.com uses cookies and similar technologies to optimize the user experience,  analyze site traffic and communicate with subscribers. To read more about how we use cookies and how you can control them click on settings, or click Accept to start browsing our site.

This website uses cookies so that we can provide you with the best user experience possible. Cookie information is stored in your browser and performs functions such as recognising you when you return to our website and helping our team to understand which sections of the website you find most interesting and useful.

You can adjust all of your cookie settings by navigating the tabs on the left hand side.

Strictly Necessary Cookie should be enabled at all times so that we can save your preferences for cookie settings.

If you disable this cookie, we will not be able to save your preferences. This means that every time you visit this website you will need to enable or disable cookies again.